"Build capacity, protect the downside
and opportunity will come." 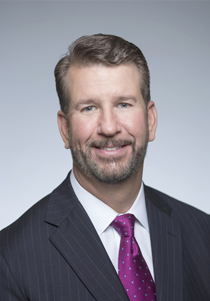 “Exceptional performance over time indicates not only remarkable teamwork and collective effort, but also a strong and common thread of humility.”

Mr. Mauldin joined CNL in 2011 and most recently served as CNL’s group president-real estate investments leading the multidisciplinary team responsible for over $5 billion of new investments in healthcare, multifamily and leisure properties, along with a comparable volume of disposition activity over the same time period.

Prior to CNL, Mr. Mauldin served as president, CEO and a member of the board of directors of Crosland, LLC, a privately held, multi-billion-dollar Charlotte-based real estate development and asset management company founded in 1937. He was only the second non-family member to lead the firm over its seven-decade-plus history, having previously served as the company’s enterprise-wide chief financial officer and, prior thereto, led the development of over one million rentable/sellable square feet as president of Crosland’s mixed-/multi-use development division.

Previously, Mr. Mauldin spent eight years as a principal and founding partner of private investment and operating firm Crutchfield Capital, LLC, which included active executive leadership roles for various investee companies. From 1996 to 1998, he held various positions with Security Capital Group, Inc., which — prior to its sale in 2002 — had controlling interests in 18 public and private real estate operating companies (eight of which were NYSE-listed), with a total market capitalization in excess of $26 billion. Mr. Mauldin began his career in 1991 as a commercial real estate lender in Tampa, Florida.